Overwork in an age of unemployment: why we need a four-day working week

With the furlough scheme ending next March, The Institute for Employment Studies says that the UK is on the cusp of suffering “a prolonged labour market shock”. The unemployment rate had risen to 4.5%, the biggest increase in the jobless rate in more than a decade, as 1.5 million are out of work. This is misleading, statistics from the Department for Work and Pensions Claimant Count from September showed 2.7 million looking for work, a rate of unemployment of 7.3%. Unemployment forecasts predict a further rise still to 10% over the winter. With another national lockdown due to increasing cases of Coronavirus following the failure of the privatized Test and Trace and insufficient financial support to incentivize self-isolating, it is clear that millions will be out of work with a jobs crisis this country has not seen in over a generation. These statistics are only part of the story, however. The UK suffers from an epidemic of stress, overwork and poor-work life balance for those lucky enough to be in employment. Compounding these are the culture of unpaid overtime, where, according to the Trade Union Congress, UK workers put in more than £35 billion in unpaid overtime in 2019. It is clear that those in jobs are often overworked, while the numbers of those looking for work is rising precipitously. Overwork in an age of unemployment, a nonsensical position to be in. A solution is needed, one that allows for work to be shared across the economy as well as for new jobs to be created. A four-day working week does both.

Since the 2008 banking crash, earnings for the vast majority have still failed to fully recover and employment has become increasingly more precarious for millions of workers due to the rapid growth in the use of precarious contracts, such as those on zero hours. This increased precarity heightens the stress of those subject to it. Unable to know and plan how much income will be received each week, a regular fear of falling into debt and a daunting and all too common experience for many young people subject to such. And such precarity extends beyond call centres, McDonalds, the Uberised economy, with their use extending into the public sector.

A recent report by the think tank Autonomy suggests 500,000 jobs would be created from a four-day week. The report outlines how it would be possible for public sector workers to move to a 32-hour week with no loss of pay, thereby creating roughly 500,000 new full time equivalent jobs to make up for the shorter hours. Progressing this through to private sector roles seems the logical next step.

A shorter working week helps stem runaway unemployment. An example being President Franklin Roosevelt’s New Deal measures (Fair Labour Standards act of 1938), reducing the working week to 40 hours maximum.  A more recent example of a four-day workweek is from Germany. In 2008, Germany rolled out the Kurzarbeit, or ‘short week’, a scheme to mitigate mass unemployment, subsidizing a reallocation of labour.

As well as a decade of stagnant wages, The UK economy has been suffering from a productivity crisis. The slowdown in productivity growth over the last decade is the worst since the start of the Industrial Revolution over 250 years ago. Growth in productivity, or economic output per hour of work, has failed to rise in Britain at anywhere near the rates recorded before the 2008 crash. Persisting with the same policy options that are failing to deliver greater productivity benefits makes little economic sense. Conversely, two thirds of UK businesses operating on a four-day week reported improvements in staff productivity according to recent research by Henley Business School. Microsoft reported a 40% boost in productivity when it allowed people to have Fridays off in a 2019 trial. Recent polling also demonstrates its popularity, with 75% of Brits backing a four-day working week. Having less time spent in pointless meetings can improve focus and a shorter working week could help improve the UK’s sluggish productivity growth. 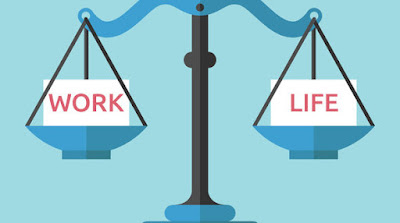 Stress, depression or anxiety accounted for 44% of all work-related ill health cases, with 54% of all working days lost due to ill health. Despite the rhetoric of reducing bureaucratic red tape, the rise of new technology and managerialism has increased the administrative stress on workers. This stress can be seen with the increasing use of instant messaging, emails and notifications. Workers are becoming increasingly contactable by their employers. No longer does one need to be in a fixed place to do to service based work, which is predominantly what neoliberalism has created in the UK. There is an expectation that one can respond to an email at practically any time of the day. With a laptop and wifi, one is able to work anywhere and at any time, permanently ‘tethered’, inviting stress and pressure. In an economic landscape with rising unemployment, the pressure whilst not always explicitly stated becomes internalized to ensure one is not ‘falling behind’. The work therefore never ends. The worker is expected to be available whenever. Franco Berardi notes the increased digital communications help produce a diffuse sense of panic, with individuals subject to an unmanageable data-blitz.

Covid-19 has exacerbated work stress. For those who have transitioned to working remotely, this always-on culture of being available for meetings, calls and checking emails has now entered their homes. The separation of work and home lives is eroded, and the working day has become extended as a result. Often those working remotely will be doing so from the same room they sleep in, making the task of compartmentalizing even harder. By April, a third of all those who remained employed without being furloughed were working more hours than usual. Mental distress among workers is now 49% higher compared to 2017-19, with the impacts being disproportionately felt by women. With the devastating decade austerity has wreaked on many peoples mental health, it is clear that a rebalancing of work and life is urgently needed. 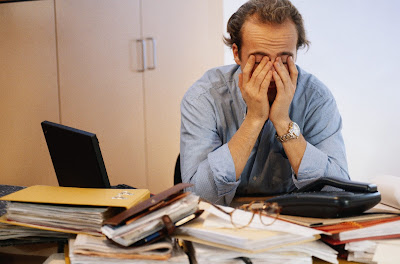 The mental distress that comes from unemployment is stark. Jobs and incomes being lost, with the fear of not being able to meet rents and bills is a frightening and nerve wracking experience. As grim as Britain can be normally, it is grimmer still with an empty stomach. The paltry Universal Credit, with a delay of at least six weeks, is linked with rent arrears, problem debt and food bank use. It is deliberately cruel and inadequate, actively trying to discipline claimants. Countless examples exist of sanctions being meted out to disabled people, with studies showing they are ineffective at getting people into work and reduce those affected to poverty, ill health or even survival crime. Sanctions have been shown to be ‘pointlessly cruel’ as well as ineffective. So the Tories, constantly consciously cruel, decided the middle of a pandemic, precisely when there is a paucity of jobs, was the right time to bring sanctions back after having previously dropped them. The sanctions process has been linked to increases in psychological stress. Universal Credit, meanwhile, submits claimants to Kafkaesque levels of dehumanization. Whilst Jobcentres are no longer open due to the pandemic, when they were, they did produce a distressing and unsettling effect on claimants. The open offices, the transparent doors, waiting for an appointment under the watchful eyes of Department for Work and Pemsions staff and G4S security guards helped create a sense of unease and discomfort. It is like Foucault’s Panopticon, with the Jobcentre’s openness allowing for surveillance, forcing claimants to submit to its authority, even if they are unsure who is watching them, constantly in fear, with their vulnerabilities all too visible. The message is simple: if you are not one of the lucky ones toiling away, the state is going to make an example of you. Far from a safety net, this is a punishment, and one that tries to break claimants. Therefore, a policy such as a four-day week that reduces the amount of claimants subject to this vindictive, callous and heartless ‘benefit’ can only be a good thing.

Finally, the four-day working week would help decarbonize the economy. With only 11 years left to prevent irreversible damage from climate change, the imperative for action has never been greater.  A recent study found if hours worked are cut by a day our carbon footprint would decline by 36.6%.  Researchers at the University of Reading asked business leaders how a four-day week would affect their commuting habits, with workers estimating they would drive 55.7m fewer miles per week.  Further, another recent analysis of US states found a convincing positive relationship between the number of hours worked and their carbon emissions. The more hours worked, the bigger the carbon footprint. It is therefore clear that reducing a day’s work will assist with decarbonizing the economy. Beyond this, working less can help reduce the work-spend cycle. More leisure time is a positive end in itself, providing time to reconnect with oneself, loved ones, and passions, providing a sense of purpose and wholeness that is unrelated to toiling for financial gain.

As Marx wrote, the realm of freedom begins only when work, or the realm of necessity, ceases. When pursuing this freedom also helps to address the impending environmental catastrophe the arguments in favour of persisting with the present failing approach seem even weaker.

Overwork in an era of mass unemployment must end. Workers being overworked and stressed out while others are underemployed is illogical and unjust. Ecological disaster, a mental health crisis and a productivity crisis make the need for a four-day week more urgent than ever. A recent cross party group urged Rishi Sunak to consider a four-day week “as a powerful tool to recover from this crisis”. This is something that needs to be continually pushed by Labour as we re-enter another national lockdown during winter, when mental health crises often become more severe. Far from the Trade Union Congress declaring this a realistic goal for ‘this century’,  it is a realistic goal for the present, with its implementation more urgent than ever.

The death of the high street: Surveillance capitalism and community wealth building

High streets in towns across the country have been, for over a decade, dying a painful death. It’s a familiar sight. Boarded up shops and an... 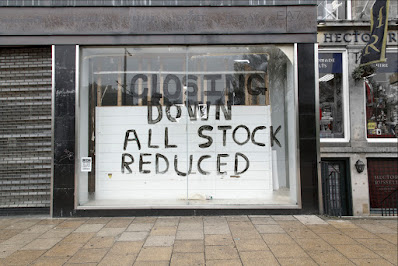